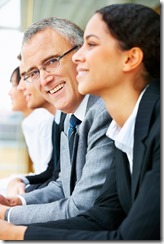 The idea for a national charter for alternative commercial lenders has proven controversial, as it stands such groups must refer to the regulations of each individual state. The charter initiative would provide a unified regulatory framework for online small business lenders.

The OCC’s new chairman,Joel Otting, claimed that he will continue to pursue the charter initiative at a recent press conference. ““The question is, what are the requirements on that fintech to get that charter? … We are going to study it,” said Otting.

Otting claimed that financial technology firms are an essential source of credit for many small businesses. When it comes to small dollar loans Otting remarked “ (Fin techs) are coming into a space that they see as unfulfilled, and they’re prepared to fulfill that need.” The new chairman believes that traditional banks have largely stopped providing the smaller loans many small businesses need, largely as a result of regulation. “We as a regulatory body have forced banks out of that space,” said Otting.

The OCC began pursuing the idea of a singular charter for Fin Techs began under the previous chairman Thomas Curry.The idea of a national charter for online alternative lenders has proven controversial among state regulators and liberal consumer advocates. A coalition of these groups attempted to stall the OCC’s efforts by way of lawsuits in federal court. One of these lawsuits was recently dismissed this November due to a lack of standing. However the controversy continues.

Alternative commercial lenders have become a vital source of credit for small businesses.

Ottings affirmation of the charter initiative in spite of recent controversy demonstrates his belief in the vitality of alternative commercial lenders.

Otting expressed his belief that financial services will continue to evolve with technology, saying “The old way of doing a lot of things are evolving, and I think the financial-services industry has to evolve as well.” No doubt the new chairman also believes that regulations must evolve as well. The new chairman downplayed concerns about the threat alternative lenders pose to the stability of the financial system as a whole.”Fintech companies function with “underwriting standards that maybe a bank wouldn’t want to put on their balance sheet,” said Otting. But “if it’s a group of private investors, and it doesn’t have the ability to disrupt the financial system, then that’s their choice as an investor.” Otting believes the risks posed by online lenders can be contained such groups do not act as traditional depository institutions. Whether Mr. Ottings assumptions prove true or not remains uncertain; however it seems likely that the OCC will continue to pursue the charter initiative in spite of the groups changing leadership.