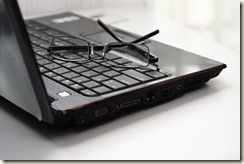 Harvey’s impact may result in immediate losses to Texas commercial lenders. Insurance payouts and construction loans could prove to be a long term benefit.

Banking activity in the Houston area accounts for 2 percent of banking activity nationwide. The storm may have inflicted up to 190 billion dollars in property damage. Not all banks are equally exposed to this damage, but the impact the storms impact will certainly be felt commercial banks in the region. In particular by those organizations with a majority of their accounts in the Houston area.

Banks that are concentrated in the Houston area face greater exposure to Harvey’s aftermath. Allegiance Bankshares faces the greatest risk. Virtually all of its deposits and accounts originate from the Houston area. Other notable banks, Prosperity Bancshares and Zions Bancorp, also face significant risk. 30 percent of Prosperities accounts and 19 percent of Zions are concentrated in Houston.

During the storm the brunt of the impact on banking activity manifested in closures to local banks. Prosperity, for example was forced to close 60 locations during the storm, or 25 percent of its total branches. However the greatest concern for investors probably remains the potential damage to properties mortgaged by these local banks. This uncertainty drove down share prices down, not just for these organizations, but for exchange trade funds (ETFs) invested in these regional banks. For example, the 3.2 billion dollar KRE fund has 1.31 percent of its shares with Prosperity and 2.46 percent of its shares with Zions. The share price of KRE fund and of these banks themselves, dipped in the immediate aftermath of the storm. However the price of these shares seems to be recovering as investors grow more confident in the long term stability of these local commercial banks.

At this point it remains difficult to assess just what the long term impact of Harvey will be on commercial lending in the Houston area. One way to assess the impact of the storm is to examine the impact Hurricane Katrina had on local Banks in New Orleans. Analysts predict in the short-term, loan activity will drop off and losses will pick up as damaged properties are written off of balance sheets. However many see a bright future for Houston’s’ regional banks. Local banks saw deposits grow by 20 percent in the wake of Katrina. This may be the case in Houston as insurance companies issue pay-outs and federal aid comes into the area. Lending activity may also increase as those impacted by the storm seek financing to rebuild and repair damage. Prosperity CEO David Zalman claims “We’re used to this, in the long run, this will create a robust economy for the state. You will see deposits increase in Texas banks because of the insurance money.”

In the short-term Texas commercial lenders and regional banks will suffer as damage is assessed.

The scope of physical damage to bank facilities is still being assessed, as well as the damage to properties financed by these local banks. In the short term this uncertainty may spook some investors. This was evident in the immediate impact on share prices for the Houston based commercial banks mentioned before. Investors seem to have long term confidence however, as the share prices of these banks has since recovered.

No doubt as federal aid and insurance pay outs are distributed, locals will increase their deposits in these banks. Lending activity is also likely to rise in the long run as those impacted by the storm seek financing to reconstruct their damaged properties. However investors long term confidence in the regions banks may not recover, if another disaster of similar scale to Harvey, strikes Houston area in the near future.