I have a 92fs (9mm parabellum), an 85bb (.380) and a model 70 (.32) The Beretta 92fs I have put around 1300 through it and it has never even jammed on me or even come close. The only change I made was switching the normal guide rod for a higher polished steel guide rod. The trigger is (from what I have heard so I’m not sure if this is an urban legend or not,) metal covered by plastic and I know for sure that the magazine release is plastic covering metal. The hammer is probably plastic but you can’t tell although the hammer’s contact surface is showing wear on the color and the plastic is not supposed to wear at all it is supposed to stay dark.
The model 70 is a .32 acp from the late 60′s. It was a lucky find for the condition it was in and the price I paid for it, but so far it has been flawless through over 500 rounds and I have no idea how many were put through it before I owned it. But again, it has never jammed. The 85BB on the other hand has been somewhat problematic.

THIS GUN WAS MADE IN THE MID-‘70S IN GERMANY. WHEN I PURCHASED IT LAST AUGUST, I THOUGHT IT WAS IN BETTER CONDITION THAN IT WAS. I BOUGHT IT AT SOME LOCAL YOKEL GUN STORE AND FIGURED I COULD TRUST THEM TO INSPECT THE BERETTA FIREARMS.

Man, I hate how they don’t clean their beretta firearms nor do the people that trade them in. Anyway, I got it home and found that the barrel was heavily pitted and there was rust on some of the working parts that I had to remove, but the gun was still pretty tight. I have only shot certain cheap ammo through it and it’s fine until you get to around 100 shots and then it fails to feed. I have never had a fail to extract on any of my Beretta firearms. 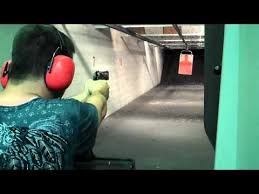