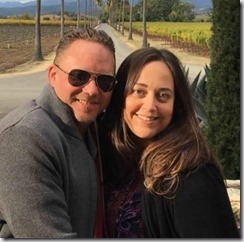 When people hear about Level 4 Funding and the work we do, they often wonder exactly how people put hard money loans to use and create real value with them. Oftentimes, those we help work in the “fix-and-flip” business, rehabbing houses. Of course, the next flurry of questions usually surrounds who does that and how they make it work. We’ve been lucky enough to get a few professional home rehabbers to open up a bit about their work and are highlighting their stories. Jason Maze of Maze Enterprise and Amazing Appraisals was kind enough to give us some insights. 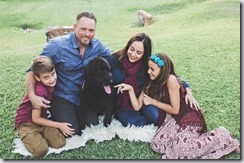 Jason Began as an Appraiser

Working in real estate appraisals, Jason routinely helps home buyers and sellers, as well as other parties such as lawyers and accountants, determine the value of a home. While this is often done in advance of a sale, appraisals are routinely performed anytime knowing the value of a property is beneficial, such as during a divorce or while handling estate planning. Over the years, he really got to know the numbers and specific areas. When the market crashed in 2008, he noticed an interesting trend. Canadians were heading into the area and buying en masse. “We can do that,” he decided. With his experience in value and his wife Jennifer’s lifelong affinity for design, the two ventured into the fix-and-flip business.

He Offers Some Tips for Those Getting into Home Rehabs

We asked Jason what advice he’d give someone who was considering getting into the business. “Go for it,” he says. “Make sure you have crunched your numbers. Buy low, sell low.” Although Jason may have the upper hand in valuation because he’s been in the field for decades and now does about ten flips per year on top of it, he says anyone can get a better idea of the numbers by hiring an appraiser before they purchase a property or prior to selling one.

There are Highs and Lows in the Fix-and-Flip Business 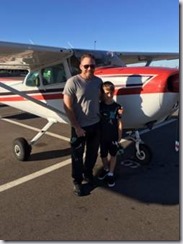 So far, Jason says his and Jennifer’s most rewarding project has been a historic home. With Jennifer’s designs and Jason’s fiscal sense, the outcome was great. However, the icing on the cake was when HGTV contacted the couple and asked about airing it on a show. This particular property, aside from celebrity status, was a bit of a rarity for the duo, as they typically aim for “newer” homes, or those built in the 1970s through now. Jason says they “learned their lesson” about dealing with older homes the hard way by purchasing one sight unseen. When they finally got their hands on it, they realized it was built with mud and straw, then covered in plaster, as opposed to modern building materials. This, he adds, isn’t uncommon for the period. Many homes throughout the southwestern US, particularly in the Phoenix area, were built this way because it’s what the earliest residents had on hand and helped make the desert heat more bearable. Still, it was an unexpected surprise they had to overcome and added a few extra challenges to the rehab.

Jason and Jennifer Have Big Plans

Despite the occasional blip, the fix-and-flip business has been good to the Maze family. The pair does about two homes at a time, continuously adding to their impressive portfolio. This still allows plenty of time for Jason to grow his appraisal business. Jennifer, on the other hand, has been balancing managing the design of their rehab properties with a nursing career, which she may soon leave behind in favor of branching out on her own offering design services to others. Of course, the family is still allowing plenty of time for fun and new adventures together as well. 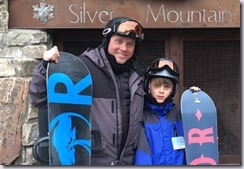 If you’d like to chat with Jason about his appraisal services, go to Amazing-Appraisals.com.

You can also visit Level4Funding.com to learn more about loans for your next fix-and-flip project and even begin the application process right on the site. We’ll be sharing more stories from home rehabbers like Jason too, so pop back in soon for the next installment.