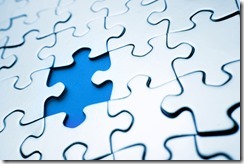 The commercial lenders share price has tumbled this year. Barclay’s stock has performed worse than the notably troubled Deutsche Bank. The group is clearly struggling to assure its investors.

While the majority of Barclays European peers have seen their share prices rise by an average of 11 percent, the groups own share price is down by some 13 percentage points. Clearly Barclays has missed the mark for potential investors so far this year. The group is highly concentrated in the volatile UK retail banking sector, and has also expanded credit card loans in the US. Above all Barclays has been focused on expanding its investment banking activities this year. Investment banking has struggled to achieve greater profits in recently and many speculate whether Barclays should reduce lending in this area.

Barclays as a UK based bank has deep ties to that countries retail banking sector. Many investors are considerably wary. UK retail banking has been expanding at rates that many consider unsustainable. Unsecured consumer credit in the UK has grown by 10 percent every year, 5 times faster than borrower incomes. In the UK, many people are finding it difficult to secure more hours at work. Borrower incomes could therefore decline without borrowers becoming officially unemployed. These conditions in the labor market have left many investors uncertain about the stability of consumer lending in the UK. While consumer loans do not account for a massive share of the countries household debt, these loans default at a rate 10 times greater than other loans whenever the country faces a downturn. Bre-exit will only compound investor uncertainty about the UKs economy and Barclay’s exposure to consumer credit.

Here in the US Barclays has been rapidly expanding credit card lending, another sector where the rate of lending is apparently outpacing borrower incomes. Barclays has been expanding its credit card lending efforts in the US by 25 percent since 2013. Many major credit card providers have seen a spike in delinquencies this year. Capital One saw credit card loans that were delinquent for more than 30 days rise by half a percentage point between April and August of this year. This has surprised analysts in view of the strong labor market in the US. Capitol One CEO Richard Fairbank points out that these delinquencies are again the result of lending out pacing growth in borrowers incomes. The rise in credit card defaults may not be dramatic, but it will only add to uncertainty on the part of Barclays shareholders.

Commercial lenders have been struggling to increase investment banking profits, Barclays is no exception.

Historically low interest rates over the past few years have made investment banking far less profitable than it once was. As a result, aggressive lending to less than qualified borrowers has become the norm in this sector. As interest rates rise in the near future cheap investment loans with loose terms will become far too risky to issue. Making it harder for Barclays to achieve a profit from investment banking in the near term.

Still the commercial lender seems to be committed to recapturing investment banking profits.

Tim Throsby, Barclay’s head of investment banking claims that even a moderate rise in revenues in this area would provide a significant boost to the banks’ profits. The bank has since been targeting only investors who can offer substantial business to the bank in the long term. Other financial institutions have adopted a similar strategy and few have found it useful to boost investment banking profits. Still Barclays seems committed to this course of action. The group recently reduced dividends to shareholders in order to expand available credit for investment banking. Considering its tepid share price, the bank may want to consider scaling back these efforts and returning this capitol to its investors.