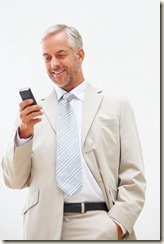 The rate of foreign investment is perhaps being hampered by a particularly strong US dollar. Other reasons may include political uncertainty, in particular with regard to the Trump administrations tax reform agenda. But the consensus among many analysts appears to be that real-estate assets particularly in traditional gateway markets like New York or San Fransisco are simply overpriced. Bob O’Brien, Deloitte’s global and U.S. real estate and construction sector leader, claims that the decline started with the perception that, “particularly in some of our major gateway cities, real estate was starting to look pretty fully priced.” In essence the record pace of foreign investment in 2015 may have pushed prices in certain real estate markets to unsustainable highs.

US Commercial real-estate remains strong. New deals and the rate of commercial real estate financing will more than likely stabilize from the record highs of previous years.

The question is what fueled the record rates of commercial acquisitions by foreign investors in the first place? Brexit and other factors supported the perception of global instability from 2015 to 2016 , which made US real estate seem particularly attractive. There were also concerns (which still remain) of a debt bubble in Chinas real-estate market which fueled real estate acquisitions by Chinese citizens. The first half of 2016 saw a 19 percent year over year increase in commercial real estate investment on the part of Chinese nationals. While this rate may be declining, the US market remains strong and some speculate foreign investors are simply waiting for prices to stabilize.

Foreign commercial real estate investment still remains above historic norms. Deals brokered on behalf of foreigners still accounted for 14 percent of all the deals that closed this year. While this is down from 2015, such rates of foreign investment in US commercial real estate were likely unsustainable. “Investment volume in calendar 2015 hit an astronomically high level and not what I would consider would be a sustainable level,” said O’Brien, “it created an investment environment in 2015 that was just off-the-charts strong. The pullback is somewhat natural.” Analysts speculate that many foreigners are simply waiting for prices to return to normal. Foreign money will likely return to the US commercial real estate market once investors can purchase properties at a greater value.

In spite of the apparent decline of foreign interest in US commercial real estate the fundamentals of the market remain strong. Foreign investment will likely stabilize closer to historic averages and as demand cools prices are likely go down.