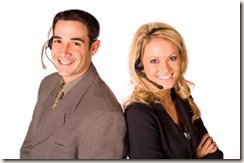 This year has seen an increase in high value mortgages in Manhattan. Deutsche Bank has been at the forefront for many of these loans. Its activity in the second quarter gave it an 8 percent share of the commercial real estate market in the city. The group was the principle originator for the high value mortgages that defined the second quarter. Deutsche was primarily responsible for the 2.3 billion dollar refinance deal of the GM building at 767 Fifth Avenue and the 1.2 billion dollar purchase of 245 Park avenue by Chinas HNA group. These two deals alone represent a massive share of the 5.6 billion in commercial real estate deals that closed in the second quarter.

Data indicates that the New York City commercial real estate market is being propped up by these large loans. The top 5 mortgage originations so far this year have accounted for 20 percent of all commercial mortgages. A steep increase when compared to 2016 and 2015 when large mortgages represented 13 and 14 percent of all commercial loans. In terms of total value mortgage originations appear flat, but without accounting for these massive loans mortgage issuance has declined by some 2 billion dollars so far this year.

The question is are these large commercial mortgages hiding a decline in the New York commercial real estate market?

Commercial mortgage demand is cooling due to a number of immediate factors, such as interest rate uncertainty and new regulations on Chinese investment.