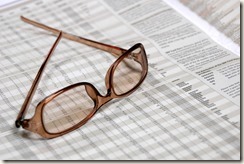 Commercial lender Deutsche Bank struggles this year have not gone unnoticed by investors. The bank is struggling to maintain in the face of immediate and long term challenges and some are calling for the resignation of the groups CEO John Cryan.

The banks stock has been selling at record lows this year. Its share price has declined by 45 percent since new CEO John Cryan took over in 2015. Fitch recently cut Deutsche Banks credit rating from A- to BBB+.

Fitch cites it is unlikely that there will be considerable improvement in the banks performance any time this year. Fitch claims that restructuring costs will continue to eat away at the banks profits. Deutsche’s revenue from sales and trading has fallen by 18 percent so far this year. Among the banks 13 main competitors only Barclays has fared worse. However there is no one single reason for the banks poor performance.

A primary problem for Deutsche Bank is that it still relies heavily on investment banking. Deutsche’s Investment banking profits have only grown by a tepid 2 percentage points. Deutsche formerly relied on cheap loans with minimal equity to prop up its balance sheets. The Great Recession has made that practice far more difficult. In 2007 70 percent of the banks profits were related to investment banking. Higher capital requirements and other regulations have made this sector far less profitable. Deutsche has also retreated from lending in emerging markets, such as Russia. This retreat has hampered the groups ability to increase revenues from its currency exchange, a significant profit center for the bank. Legal issues have also not only eroded the groups profits but they have also damaged the banks image.

Cryan has made a slew of notable missteps during his tenure. Some shareholders now, such as Union Investment Group, demand his resignation. His open discussion of inevitable job losses no doubt had a negative impact on employee morale. Many also cite Cryans inability to articulate a clear vision for the banks future. Cryan appears indecisive as he recently wavered from his restructuring plans less than a year after they went into effect. Research group Autonomus LLC, recently proclaimed Deutsche’s impending demise. The group cited the banks lack of technology investment in particular as a primary reason for its down fall. Deutsche has increased its technology spending to 4.1 billion dollars; however this is still far below JP Morgans 7.4 billion dollar investment in technology. Stuart Graham co-founder of Autonomous summed up the perception of many investors, saying, “When we consider the basics of what makes a bank a winner — trust (or brand), balance-sheet muscle, technology and its people — Deutsche looks to be in very bad shape, in such situations it is inevitable that some investors start to question whether the bank has the right leadership.”

In spite of all these fears some major shareholders have continued to express faith in Cryans ability to lead the commercial lender into the future.

Commentary by the Financial Times lauded Cryan for his ability to resolve the immediate issues that were plaguing the bank, notably the banks legal woes and its lack of equity. HNA Group of China owner 10 percent of Deutsche stock recently expressed in Cryans abilities. Another major shareholder, the Qatari Royal Family echoed HNA’s sentiments.

Calls for Cryans resignation will likely go unheeded. Spokesman, Paul Achleitner, says Cryan will continue running the bank until his contract expires in 2020. Predictions are that by then the bank should look far healthier in consideration of higher interest rates and the cost cutting measures the bank has already embarked on. Still considering Deutsche’s lack of technological innovation it remains to be seen whether the bank will be able to keep pace with its competitors.